Personal Reflections on Robin Williams and Why Life is Worth Living 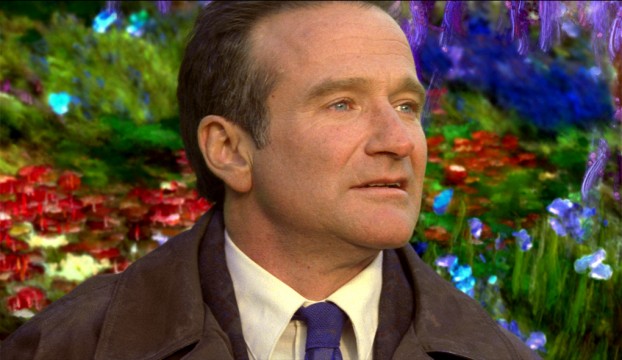 Many people have written in saying our work stopped them from killing themselves. Though we cannot change what happened to Robin, we do have control over the choices we make in our own lives. Life is worth living and is a beautiful gift — no matter how it may seem.

Like many, if not most people, I was shocked and deeply saddened by the news of Robin’s loss.

This is no ordinary tragedy. It strikes to the heart of everyone. Robin’s presence lives on in so many wonderful creative works that have touched our lives.

He brought us happiness, laughter and deep insight. The pain and triumph he could convey as a character was utterly believable and in the moment.

You always felt, when seeing him in a film, that everything he was feeling was absolutely real. He threw himself into each role utterly and completely.

As far as film actors go, he was a true legend — a star among stars. And he had managed to completely avoid the paparazzi hate machine tearing him down in public.

One central theme that keeps coming up is “Everbody loved him. How could a person loved by so many want to take his own life?”

Even now, two days after hearing about it, I still feel a variety of different emotions. I spent a good bit of time yesterday reading many different articles about him.

WORKING ON A SUICIDE HOTLINE

I worked as a staff trainee for the OASIS suicide crisis hotline through my entire senior year while getting a degree in psychology.

We were trained, through role-playing exercises, in how to handle a wide variety of worst-case-scenario situations — every Wednesday night.

A whole team of 12 people were crammed into a single dormitory room in Deyo Hall, knee to knee, as we learned how to talk people out of killing themselves.

On one special occasion, a much larger crowd was gathered — including people from other nights besides Wednesday.

It was very hot, crowded and claustrophobic. There wasn’t really enough oxygen, making it also a light-headed zone between living and dying, waking and dreaming.

I was singled out to do a grueling, one-hour-long role-play with the director. It was the worst experience anyone had ever had that year, by orders of magnitude.

He chose to make an example out of me in front of everyone.

YOU CAN’T WIN ‘EM ALL

In this role-play, his character was a man who had the opportunity to save his severely disabled sister from a house fire, but let her burn to death.

He was savaged by his own guilt. He let her burn because he didn’t want to take care of her anymore — as it had been ruining his life.

We had a whole formula of what you were supposed to do in a role-play — and we always followed it.

Every role-play ended in us running through the ten Suicide Assessment questions in some order, and then moving the caller in to Stage 3, where you make a referral to get them more help.

Every role-play ended in the would-be caller deciding not to commit suicide and accepting the referral. That was the script. That was what we did.

No one ever even imagined that there would be a role-play in which this formula wasn’t satisfied.

It was always just a question of how long you would take to “get to stage 3” — and how well you got there.

Normally a role play was about 10 to 15 minutes. A long role-play was 20 minutes. This one went on for an entire hour — and it was absolutely horrible.

The fact that I was going through this in front of a huge group of people, without enough air, feeling utterly humiliated in the process, only made it worse.

I WILL NEVER FORGET IT

The director was rude, hostile, interrupted me, completely refused to listen to what I had to say, and just kept saying “I want to kill myself.”

He made violent, psychopathic gestures of self-harming behavior and could not sit still as he ran through his plans.

His character felt that the only way justice could be served was to set himself on fire — for letting his sister burn when he could have saved her.

I was trying to understand what the heck was going on as this role play stretched on — longer and longer — and I couldn’t “turn” the person.

It was absolutely emotionally exhausting — and an incredible ordeal.

NOTHING CHANGED HIS MIND

Finally, after what seemed like countless hours of torture in psychological time, he ended the role-play — by saying he was going to hang up and burn himself to death.

“Nothing you have said to me has made me change my mind,” he said. “I am leaving now and I am leaving for good. I am going to burn myself to death.”

At least 30 people were in the room, witnessing the “example” that had been exacted upon me with such excruciating intensity.

They erupted into a cacophony of shocked chatter as soon as it was over. Everyone was moving, talking, gesticulating and freaking out.

Whatever precious quantity of oxygen was still left in the room by that point was quickly being consumed in a furious eruption.

What the hell just happened?

The volume level in the room skyrocketed. Everyone was talking, all at the same time. No one could understand what the heck had just happened.

The director — already a big and tall guy as he was — suddenly jumped up on a table, ducking his head to avoid hitting the ceiling.

He shot both of his arms out to the sides like an umpire making a bad call that everyone hated… and said,

[90 percent of the students in my school were from New York — so “dropping the f bomb” was a fairly common occurrence in private conversation.]

It was quite shocking for the director of our program to jump up, flag us all down, scream and curse at us — with the F word, no less — after this grueling ordeal.

Although watching the role-play in that environment couldn’t have been enjoyable, being the subject of the whole ordeal was undoubtedly far worse.

I was completely wasted, emotionally and physically — and now he was up there screaming.

Everyone did indeed “shut the f- up.” What was he going to say?

YOU CAN’T SAVE EVERYBODY

“If you are going to do this work, you have to accept — deep down in your soul — that you can’t save everybody,” he said.

“Some people, you will give them your all, 110 percent, and at the end of that call they are still going to kill themselves.”

“You absolutely have to live with that fact. You have to be able to get on with your life.”

“If someone does this, it is their choice. You can try to help them, if they will even let you — but ultimately it is not your decision.”

“You can’t spend the rest of your life grieving about it or wondering what you could have done differently.”

“If you can’t deal with losing someone after doing your very best, then you shouldn’t be in this profession at all. Leave now. There’s the door.”

No one walked out.

I had been used as the scapegoat for a very powerful example that stuck with all of us for the rest of our lives.

LIFE IS WORTH LIVING

The tragedy of a loss like this is personal. Robin is woven into the very tapestry of modern life.

I haven’t seen all of his films. You probably haven’t either. But we’ve all seen enough to know and love this man.

Life is a precious gift. Life is worth living.

You are a beautiful and wonderful person. You are loved.

Never let anyone or anything challenge that deep knowing within you. 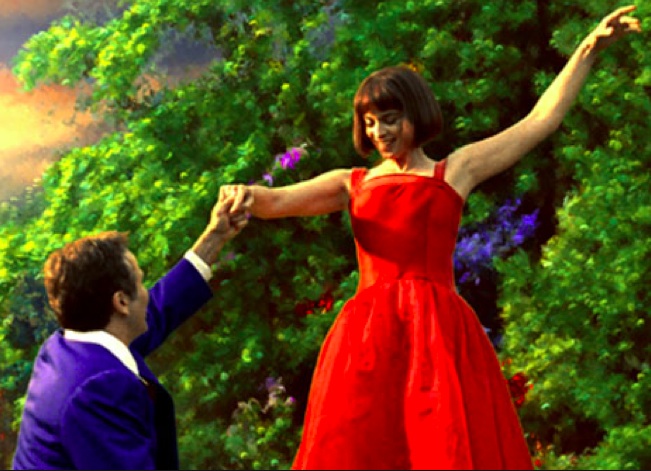