See David in Manhattan This Weekend! 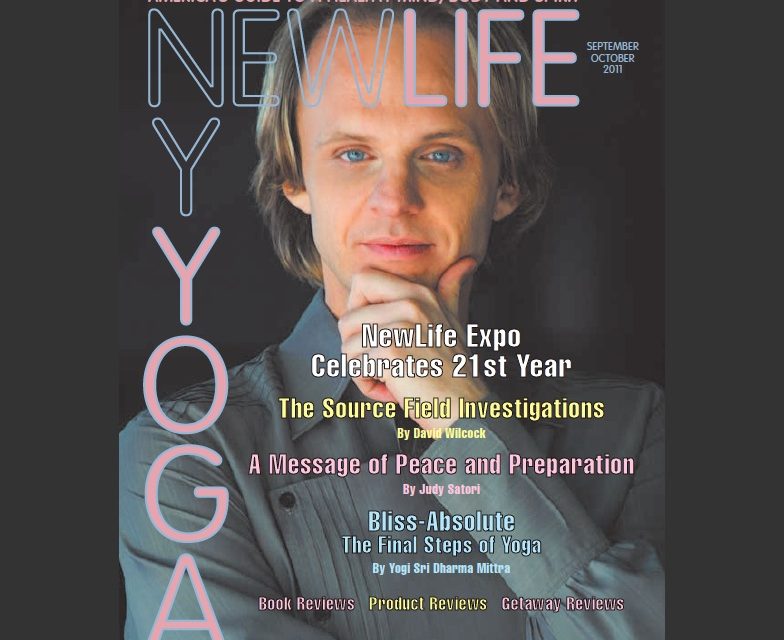 See David give a free lecture, and appear in two free panel discussions, at the massive New Life Expo this weekend — truly the most epic gathering of its kind on the East Coast! Also don’t miss David’s paid events on Sunday (4PM) and Monday (6PM)!

[UPDATE Sunday, October 30th: I was away from home for over two weeks prior to this conference. I didn’t really get enough sleep and was doing a lot of running around.

The last place I went before this conference was Eden Hot Springs, where I slept outdoors in a tent and sleeping bag. The cold night air led to me catching a respiratory virus, which began, as they usually do, with a throat problem.

I got through this whole conference, but had predominantly lost my voice for the first paid event on Sunday and could barely speak. The second paid event on Monday was a little better, but I still had quite a raspy voice.

Pushing myself to speak when my voice was that far over the edge caused the virus to prolong itself. I’ve been home since Tuesday recovering. In the last three days, since Friday, I’ve been mostly OK. Still a lot of fatigue and congestion in the sinuses and lungs.

I’m rebuilding my energy levels and health, and continuing to take lots of supplements and go really slowly. I haven’t had the mental acuity to write anything new for the website yet, but hopefully tomorrow I will have enough energy to get back into the flow.

Thanks for all your prayers and support — I do appreciate it!]

I’m here at the gorgeous Hotel New Yorker, on the corner of 34th Street and 8th Avenue in Uptown Manhattan. It’s quite an experience to be back in the greatest city in the world!

This hotel was built in 1929 and was originally the tallest hotel in New York when it was first built. Many of the top “big bands” of the jazz era played in the same rooms where I am about to tear the roof off — with a guided tour of the most stunning mysteries of our time.

It’s going to be a little intense going around from place to place at this event, because the entire cover of the main magazine that has been distributed in the tens of thousands to promote this event, NY Yoga Magazine, features a giant photograph of me — with text over the top. 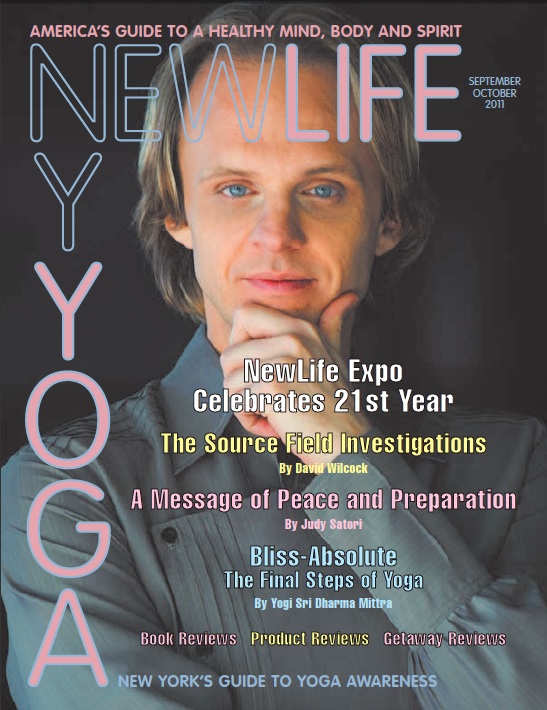 There’s also an article I wrote for the occasion inside, which you can read by vising their website at http://www.nyyogamagazine.com.

The next article — Part Three of our series on the destruction of the underground bases — is coming along very well.

I could have already had it done, but many of you have asked for additional proof… so I have gone out of my way to dig up little-known witness testimonies, on free videos and in writing, to back up the next part of what I will be revealing.

I’m not going to say when it will be ready, because my best intentions can often be thwarted by unpredictable events — and I do have to make the final “polish” on this weekend’s events, three of which are totally free.

For all the details, you can visit the New Life Expo website at newlifeexpo.com. Since I got in late, most of their website does not reflect this change — so if you still need ‘proof’ that I’m really here, click on the Workshops and Special Events link.

You can pre-order and save off of the door price. Here’s the schedule, which all begins tomorrow morning as of the time I am writing and posting this. For more information on the other speakers in the free panels, you can visit the New Life Expo website.

“Explore the vast scientific evidence that humanity is in the midst of a profound evolutionary leap. See how there are many more pyramids hidden in the world than just in Egypt and Mesoamerica — stunning evidence that will forever change how you see our planet.

David will prove that crop circles have been appearing for at least 1200 years, and they have a message for today — suggesting our DNA is being energetically transformed by an incoming wave of Galactic energy. This is also causing climate change throughout the Solar System.

Discover how the Galaxy itself is an intelligent Super-Being that will consistently create human life on every available planet — and the Grand Design is for these worlds to be energetically activated to their highest potential.

David Wilcock is a lecturer, filmmaker, mystic and musician who has a unique facial and astrological similarity to Edgar Cayce.”

David Wilcock has pulled the sword of Truth from the cold stone of secrecy, and revealed a unified system of science, physics and spirituality that was once known and used worldwide, but had since fallen into ruin.

Who were these mysterious architects? Why did they work with giant stones? Could this technology open a portal into the Golden Age — which dozens of different ancient prophecies, worldwide, eagerly anticipated?

Together we will soar completely out of the realm of speculation into the arena of hard, provable facts. See with your own eyes how there are many more pyramids hidden in the world than just in Egypt and in Mesoamerica — stunning evidence that will forever change how you see our planet.

These gigantic, perfectly symmetrical structures indicate the knowledge and use of a technology that is vastly superior to our own.

David Wilcock has appeared in seven episodes of Ancient Aliens on History Channel, is developing a major Hollywood film with the author of Contact, and his new book debuted at #18 on the New York Times bestseller list.”

“When we look at the vastness of space, the mysteries of Time, the enigmas of quantum energy and the marvels of biological life, rarely do we consider that the Universe we live in is the result of a vast, living consciousness — expressing itself as space, time, energy and matter.

Ancient cultures possessed incredible technology that still cannot be duplicated. Their legends foretold a coming Golden Age, where humanity would reach heights that seem little more than science fiction to the conventional mindset.

These ancient “myths,” worldwide, also revealed a physical gland in the brain that is the seat of ESP and all other human paranormal abilities — including those used by the greatest masters, mystics and yogis in recorded history.

Most people are literally sleepwalking — unaware that they already possess the technology within their own bodies to activate these dormant abilities.

David Wilcock has recorded and analyzed his dreams every day for the last 19 years, and developed a method that allows you to activate your deepest potential — and directly access your Higher Self for guidance, direction and protection.

In this stunning tour-de-force, David Wilcock shares with you his most potent tools for developing and enhancing your own abilities.

What could be more important in this critical time in Earth’s history than to have direct contact with the Source directing all aspects of your life for your own evolution?

Learn the language of your dreams so you can directly access who — and what — you really are, in the grandest and fullest sense.

Audience members will have an opportunity to get their own dreams analyzed, with stunning effectiveness — and learn the grand language of the super-conscious mind!

David has 19 years’ experience documenting and analyzing his dreams on a daily basis. David’s stunning physical and astrological resemblance to Edgar Cayce suggests that this great prophet has returned to complete the work he began in the Cayce Readings.”

HOPE TO SEE YOU HERE!

As I said, this is a great event in a great hotel. There are tons of speakers, tons of vendors and it is an incredible opportunity to network and meet like-minded people.

Plus, I will be giving the latest, greatest information available in these talks… as we now stand less than two and a half months away from the beginning of the year 2012.

You may not believe anything is going to happen. You may be curious. Or, you may be convinced that the Ancients were right. Either way, come down and check it out. You won’t be disappointed!

Our Monday event gives you time to get off of work and make it here by 6PM — and I will be tackling multiple dreams from the audience and interpreting them. This is a rare opportunity — and if you can’t make it, a similar type of presentation is available in the “Access Your Higher Self” video here on this site.

These events make it possible for us to continue offering you the highest-quality investigations into UFOs, alternative science and ancient mysteries on the Internet and in print — so we do thank you for your support!