Visionary Dream of a Positive Future… Despite the Oil Spill 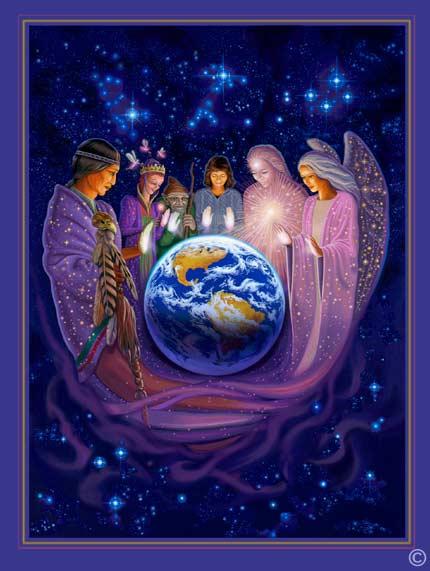 Thursday morning I had a dream that gave a very clear positive message about our future — and the shared evolution we’re all going through on the planet at this time!

THE PROPHECIES ARE COMING TRUE

While it is true that Drudge Report is very far-right and much too hate-oriented for my taste — feeding a seemingly relentless need in its viewers for new hate — I nonetheless track it because it is arguably one of the top two news sites in the world.

Its other mega-counterpart has now become Huffington Post, which obviously trends much more to the left. However, I’ve seen propaganda in the alternative conspiracy media that is deliberately written to try to STOP people from going there, because many highly legitimate stories are emerging, which the powers that were do not approve of.

It’s now happening on both sides of the political spectrum. The two biggest news sites in the world are not controlled by the insiders.

The big headline on Drudge Report today clearly shows that this genie cannot be put back in the bottle. There is no way that the power brokers will ever be able to pursue their dream of a New World Order.

Government requires consent of the governed. Fear-oriented occult politics MUST stay hidden in order to function. The wheels are falling off of the chariot of war even as we speak.

This is what I saw — and again, it is so obvious that this is the point of no return: 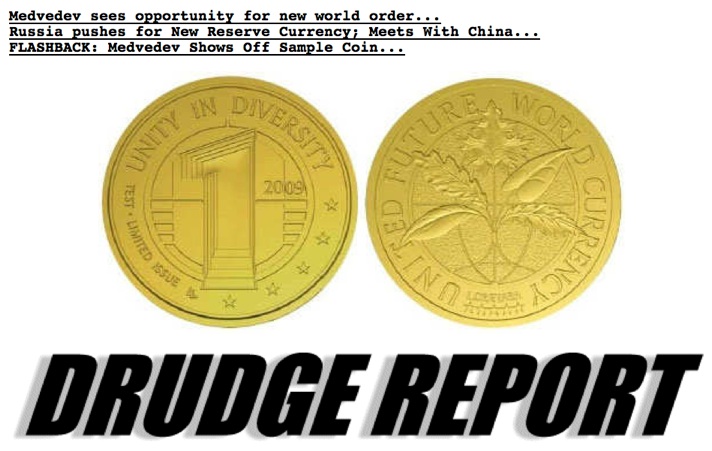 I see myself as a wayshower. I’ve been saying this was coming for a long time, took many bullets without ever losing my dignity — though I did admittedly get overly defensive — and now I am happy to see everything I told you was going to happen actually coming true.

My 2012 Enigma manuscript is admittedly coming in a bit high on the page count. We’re definitely looking at more than 500 manuscript pages, and some of it may have to be cut so the book doesn’t turn into a giant box.

I’m not prepared to go into the specifics in writing at this point, but suffice it to say that the oil spill has created shifts in the collective consciousness of the Earth that have now unsealed the greatest mysteries of Atlantis.

As I write the pages, I am remembering how all these things worked — and backing it up with clear, undeniable evidence from open sources.

I cannot begin to express how exciting it is to actually solve these mysteries.

There are so many pieces of data that I have had floating around in my head for so many years, and as I actually write the pages and put it all together, it becomes vastly more powerful than I thought it was going to be.

Granted, I had an outline of all the facts, and the outline is still holding true, about 60-70 percent — but it’s what’s happening in the other 30-40 percent that is so amazing.

It’s only once you actually commit it to writing that you realize the weak points and the missing things.

Also, I do feel that in some way I am connecting directly with the consciousness of the Earth, and am not being told the greatest mysteries until it is certain that I’ve actually gotten to that point in my creative process.

This has also had the effect of keeping the excitement and the productivity at a very high level.

Let’s just say that I am now aware that what I have written is far more of a game-changer than I had anticipated. And next weekend, here in Los Angeles, anyone lucky enough to see me speak is going to hear the first talk I will be giving since I solved all the biggest mysteries.

By the time I do the crop circle trip for eight days at the end of July, the thoughts will be even more structured and refined in how I can present them. It’s a very, very exciting time!

We’ve been addicted to oil much like heroin junkies. It is so obvious that this catastrophe is a massive metaphor saying that we have got to get off of the oil addiction, regardless of how much of a jones we have to go through — how much of a sweating, convulsing, nightmare withdrawal, that is — in the process.

I quit using all mind-altering substances in 1992 and I know how hard it is to kick the habit. In this case we have something even more profound going on — a worldwide addiction that has caused so many problems.

Every major war of the 20th century, right through into today, has had oil as a major factor, if not THE major factor.

This black gunk that we pump out of the Earth was singularly responsible for making a monster out of the Rockefeller faction, which then broke ranks with its original allies in the European ‘Illuminati’ and formed the opposite pole within the insider groups.

This very real war between the two factions of the planetary elite is a good thing, ultimately, because it means no one can agree on anything.

And now, there are ongoing, highly clear signs that the rest of the world has broken ranks with these groups, and both sides are struggling like mad to remain relevant — much less to hold any power.

There are a wealth of working technologies that are right on the brink of coming out into the open. They will literally represent the fulfillment of science-fiction dreams come true when they arrive.

The effect this will have cannot even be calculated — but it is obviously huge.

My visionary dream made it clear to me that the pain we’re going through from the oil spill is dreadful, but it is akin to the final process of biting through that we have to endure.

You see, we’ve all become oil junkies, because we have no other choice at this point. And if you look at the overall amount of damage this addiction causes our planet every day, you will find that damage is far, far worse than what is being caused by the oil spill.

We’ve become so immune to the problem that our ‘body’ is now having to manifest peak disease conditions in order for us to see it. And believe me, it is having a very dramatic effect.

IT NEEDS TO BE THIS WAY RIGHT NOW

I had a dream that tactfully but clearly explained to me that the reason why this particular mega-disaster was allowed to happen by the higher forces managing this planet is because it needs to.

There are two ways to take the 2012 prophecies. In one version, we have some cosmic wave of ecstasy that propels us all into a higher dimension as if by magic. If that’s true, then believe me, I’m stoked — I’ll be one of those folks who help hold the gate open so everyone can make it through.

In another version, which I have to equally consider as being true, we are responsible for making these prophecies come true.

Don’t get me wrong — connecting up with our human relatives is going to be very, very amazing. And the technologies we will use are spectacular.

I also have no doubt that the very fabric of Reality itself will change in some stupendous, breathtaking manner that we have not yet seen.

And I do feel there is incontrovertible evidence that this will lead to a rather sudden, quantum increase in human ability — in all categories we normally would think of as ‘paranormal’.

Someone recently compared me to Morpheus in the Matrix films — telling you, the reader, that You Are the One.

I absolutely feel that is a fair comparison — especially in light of what I’ve now accomplished in my book, where I can prove this is going to happen… far more than ever before.

I had a gorgeous dream that explained what was going on — and I’d like to share it with you. I’m still on deadline, very close to being finished but definitely not there yet. Nonetheless, it was obvious that I should take a few hours and let you see this.

Here’s the essence of what came through — edited and cut for clarity and readability:

Humanity has already marched out of prison by the end of the dream. Now we’re gathered at the point of Ascension — but the cars are still there, making it dangerous for too many people to gather.

It is the tragedy of the loss of the turtle that ultimately clears up the problem with the cars, so more people can voluntarily leave their ‘prison’ of the mind and Ascend.

I leave it to you to discuss the rest of the implications of this dream, in the comments below, in our discussion forum and elsewhere. Don’t forget that at my conferences, I go into detailed discussions about how you can analyze and understand your own dream!

I will just say that these dreams about being almost ready to graduate, but feeling I have a lot of catching-up to do, and I don’t know if I can get it all done, are directly related to the 2012 prophecies and where the average person is right now, psychologically.

Thank you for your ongoing support of this work! I am delighted by the overwhelmingly positive feedback you’re giving me about my music, now that I’ve released seventeen of the very best vocal songs from Wanderer Awakening, my mega-album, for 17.99!

It is very nice to finally start hearing a huge number of comments coming in about this work, because I do know exactly what I accomplished with it, and it’s now just starting to see the beginning of its evolution.

In fact, my brother is going to be playing “Perfect Girl” at a big wedding party he’s DJ’ing for tonight — and we’ll see how it goes over!

I’ve got my vocal chops working very well right now and look forward to performing these songs next weekend on a really good sound-system we’re shipping in for this conference — hope to see you there! 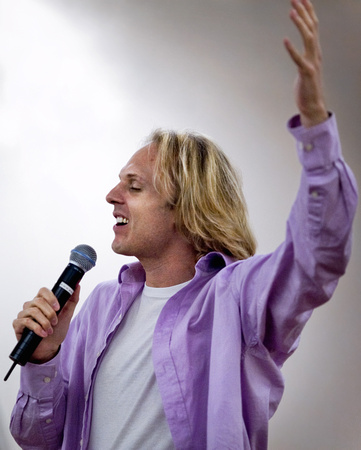