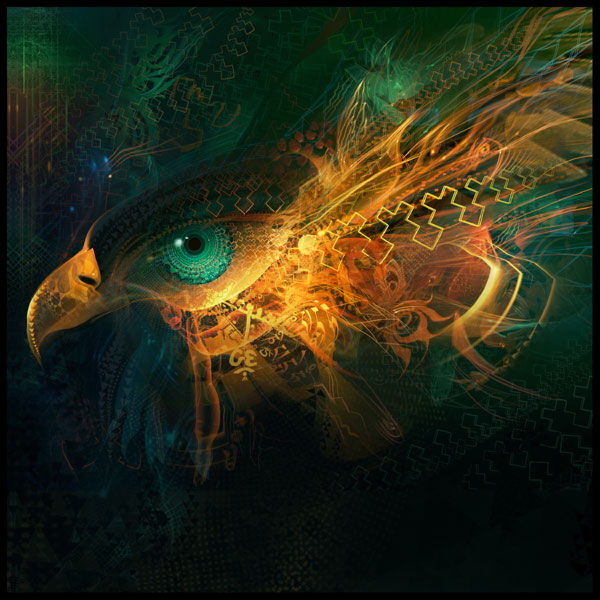 I’ve just been through quite the ordeal… and today is the first day I am healthy enough to step back and write about it! I figure something is better than nothing, so let’s go with it!

I’ve basically worked 14 hours a day, seven days a week for eleven years to bring you the content on this website. I stopped watching TV in 1991 and rarely even make time to see a movie.

So as I’ve been telling people, it’s no accident that all these wonderful things are happening, and we’re having such a phenomenal burst of success on many fronts. Divine Cosmos is a garden, lovingly cultivated 14 hours a day, seven days a week, for eleven years. And all of a sudden we’ve hit a quantum shift where the fruits of this labor are blooming around us in every direction.

The downside of this insane work ethic has been that approximately every 3 months, I get completely knocked flat with illness. The typical pattern was for it to take two weeks for me to get better. Most of these years I have lived alone, and I end up having to fend for myself through the whole process.

I’m ruggedly individualistic and have been known to turn down good help, feeling it builds character to ‘man up’ and get through it on my own. I certainly did not do so in this most recent case! Any friend who could stop by with supplies or good wishes was welcomed!

Richard Hoagland’s partner Dr. Robin Falkov, a naturopathic doctor, advised me early this year about my ongoing problem. She recommended I start taking two packets of Emergen-C every morning in water (I use the unsweetened variety) as well as some kind of ‘superfood’ or ‘super-green’ drink every day — halfway through the day.

I had been opposed to the idea of daily supplementation. My Montauk witness ‘Daniel’ was against supplementation for personal reasons — he felt like he didn’t want to become ‘dependent’ on anything, as it would ‘weaken’ your body. Robin set me straight on this — the foods we eat do not have the nutrients we need, so we should give ourselves a little extra help.

I started following her plan in the aftermath of my previous illness, where as I said I drank a powder that had slippery elm bark in it, and the particles got into my tonsils and expanded, causing my left tonsil in particular to swell to a frighteningly large size, causing extreme pain.

Of course, I knew this sickness had some sort of deeper meaning I was supposed to get out of it, and the scariest part was that it had dragged on for four weeks straight, if not more — carrying me through two different conferences. These should have been happy occasions, and yet in both cases I was in extreme discomfort.

The Law of One series says that “In Forgiveness Lies the Stoppage of the Wheel of Karma,” so I did my darnedest to work my forgiveness issues out with everyone I could think of. That was when my health finally started turning around.

I thought I wouldn’t have to endure this kind of sickness again, thanks to my supplementation — but in this case I was wrong. I got hit, and I got hit hard. Thankfully it’s subsiding after one week, not four-plus — and I have not had much in the way of tonsil problems this time either.

THIS ONE HAD THE ‘LONG CREEP’

In this case, sore throat symptoms had been going on since the previous Wednesday — the day after the wonderful breakthrough I announced at the end of the second half of Rayelan’s show. I was definitely dealing with some fatigue, but I was fairly functional.

I wrote up the investment opportunity in Convergence Pictures, LLC that Saturday, two hours before going on the air. And when I did the show, I was a little weak, and my throat wasn’t great, but I wasn’t in desperate straits either.

I had no idea what I was in for. It started later on that same night, and by Sunday it was absolute madness. We’re talking total no-holds barred migraine headache, like a spidery set of metallic clamps screwed into your skull.

Severe fever and chills. No matter what you do you can’t stay warm — and then you’re burning up. Sweat. Body aches. And barely enough energy to get up and walk around. When you did try, the migraines would flood you into a veritable orgasm of disaster, threatening your whole center of gravity.

I got into the habit of turning myself in bed like a roast chicken, every 15 minutes or so, as the body aches were only worsened by the fact that I was spending about 18 hours a day flat on my back. My main objective was to make sure my hands didn’t fall alseep in these various positions.

I did manage to get myself into the tub, where I’d take hot mineral salt baths and those provided me with some relief. I would have to blast my legs with the hair dryer as soon as I got out so I wouldn’t go into severe chills. It really was a nightmare… and as of right now I am functional, but all of these symptoms still exist to a lesser extent.

Right now I feel as if a one-inch-tall, three-inch-long horizontal metal panel has been nailed into my skull on the left-hand side. I have junk in my throat that I can’t swallow and don’t bother to try. My neck hurts, particularly on the left. I still get hints of chills, letting me know that my body temperature is unstable. Knees and joints still let me know they’re not going to be happy when I use them. And my ears are still ringing.

The Universe set me up with a very interesting ‘juxtaposition’ exercise. The update I posted, announcing an opportunity for people to invest in Convergence Pictures, LLC, was a phenomenal success. I want to thank all of you who stepped up and have offered to get involved — I sincerely appreciate it from the bottom of my heart.

My partner Billy, always the skeptic, was veritably ecstatic. The latest news is that our writer can probably start in early June. We do not have a signed contract yet, but hopefully there will be no further glitches as we move towards the realization of this goal.

So for me, I have Billy calling me and emailing me thinking this is the “Best Ever,” while my health was the Worst Ever. I literally felt comfortable telling people I again felt “deathly ill.” It was just like what happened at the two conferences early this year, all over again.

I again have gone in and done whatever I can do with forgiveness work, and indeed found even more material that I had effectively blocked out, concerning painful experiences in relationships. I must say that it made me appreciate Wanderer Awakening even more, as the story took on a whole different context once these memories freed up — and listening to it is a very powerful tool for awakening and healing, particularly for sensitive people who keep feeling like they’ve been taken advantage of.

What I put together in Wanderer Awakening is a path for working your way through the most difficult challenge of all — Learning to Love Yourself. I discovered many years ago that this is the “Bull’s Eye” of all spiritual work, and it is in our relationships that we consistently suffer the most when the self-love reflex isn’t strong enough.

Wanderer Awakening is NOT an autobiographical story, per se, though it is based on true events in my own life. I designed it around the consistent themes I heard from the approximate 500 people I did readings for between 1998 and 2005, particularly focusing on how they suffered in relationships.

Each stage of the ‘relationship game’ is like an archetype, and I wrote a song around each of these phases. That’s the deeper, hidden meaning of what we’re doing… and I feel it works very well.

Hardly any of you have ordered it yet… maybe you have cold feet, I know I do right now… but that’s cool. I certainly do not want to turn this site into a marketing machine, and I’m happy that we get enough orders to keep everything on track.

Guidance has told me this musical adventure will be very popular in the future, and the people who have ordered it have been completely blown away — far beyond their level of expectations going in. We’ve actually had several people say it’s the best music they’ve ever heard.

I think that’s pushing it, but just the other day my mother was playing it in the car and a friend of hers said, “Wow, who is that? He’s a really good singer!” She definitely had a proud moment as she let her friend know it was her own Number One Son.

OK, I basically feel like ass right now, so I will take my leave of you. Time for grapefruit and something to distract myself from my neck, which is now the strongest ‘note’ in this orchestra of chaos. Again, thank you all for stepping up and supporting us, as it really did make my sickness much more bearable.

I have also decided to start delegating all non-essential tasks to volunteers, so as to further free myself up so I don’t keep collapsing from overwork. As time goes on I’m going to loosen more of my control over various things and accept the help that is available!

When I feel better our story will continue…