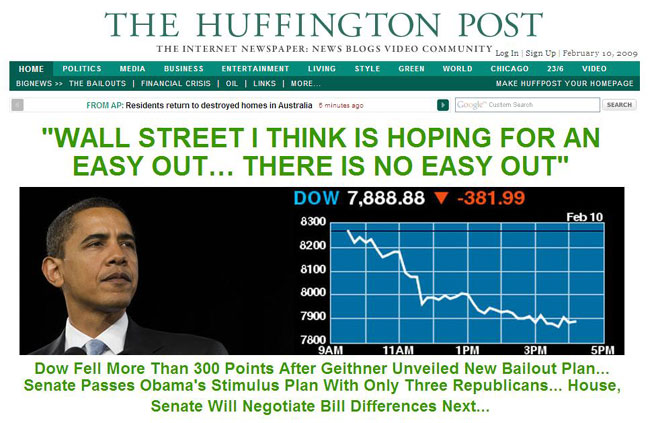 Political events are now picking up incredible speed, involving the bailout and other less-obvious but equally significant correlations. Read our examination of the Big Picture!

Originally this article was intended simply to announce another wild roller-coaster ride through labyrinths of amazing information during my three hours with Rayelan, the host of the Rumor Mill News radio program.

Unfortunately, it appears that the archived version of this show might not be available for MP3 download for up to a week from today. Once it does become available, it will be linked on this page, and I will post another update:

While I was on the air doing this show, the new bailout measure passed the House and went on into the Senate, where it is expected to pass. At the time I am writing this sentence, everything hinges on Democratic Senator Sherrod Brown’s single swing vote — number 60.

The story surrounding this swing vote is also of interest, as we will soon see.

Clearly, the big power players in Wall Street do not like the idea of this bailout possibly being passed. The markets tanked Tuesday when the plan was first announced. Why? Obviously, because it slaps stiff regulations on them and stops them from getting away with Business as Usual.

Did you catch what number the Dow ended up at once all was said and done that very day? Take a look:

Yes! 7888.88. Incredible! This is no accident, but another major manifestation of ‘synchronicity’ in action. My own experiences, along with an ever-increasing number of my readers, have convinced me that positive higher intelligence is responsible for orchestrating such events, in our own lives — and now increasingly in the world at large.

We just wrote about the US Airways 333 Synchronicity, where the iconic shot of everyone on the wings of the airplane occurred at precisely 3:33 pm Eastern time.

This 7888.88 is the latest in an ongoing series of remarkable “numerical synchronicities” playing out in major political events unfolding around us. Another recent example was how Obama’s victory was decided as the vote tally reached 333 electoral votes. Read through this link and other back entries of David’s Blog on this divinecosmos.com website to catch up on all the details.

To me, this unprecedented “quint” numerical — a bank of five 8s in a row — is a clear message from higher forces that we live in a highly structured reality. Things are NOT as random as they seem. And even though most of us do not understand the details, and are bombarded by disinformation and negative propaganda, this bailout is a very important part of the changing of the guard, as I will discuss later in this piece.

This ‘quint’ was not the product of any Earth-born conspiracy. It is the result of higher beings working on our behalf to affect how many people sold stocks and when — to deliberately broadcast this message out into the world for all to see.

Now as of Friday, the passage of the bill in the Senate was hinging on a single swing vote — in this case Senator Sherrod Brown. The only problem here is that Brown’s mother just died earlier this week — and her scheduled wake “just so happened” to correlate directly  with the time he was supposed to be voting.

Is this just a coincidence? Perhaps… but perhaps not.

The story gets even more intriguing. The stakes are so high that Senate took the unusual step of delaying their vote on this bill until 10:30 pm Eastern time, giving Brown a chance to take the unprecedented step of flying back on a government airplane  just to cast his vote — before flying right back to Ohio to participate in his mother’s funeral tomorrow morning: 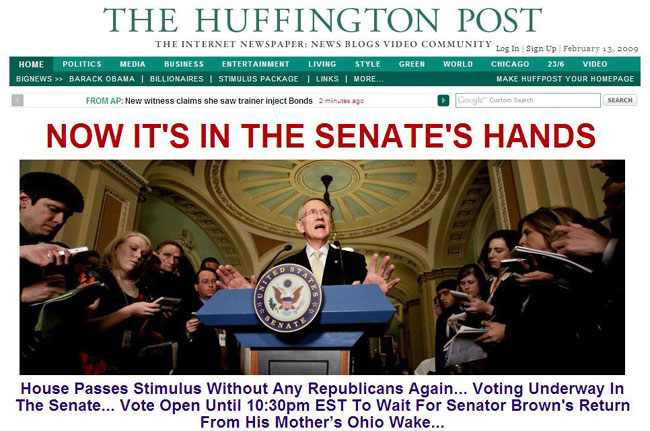 Leave a Reply to 77 Cancel reply