Your DNA is Changing! (Part I) 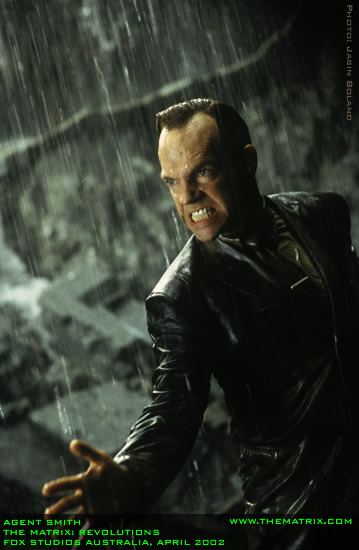 Bullet-proof scientific data confirms what mystics have said for thousands of years — life is being guided by an outside, intelligent force permeating the Cosmos.

ARE YOU AN ACCIDENT?

Do you believe you are an accident?

Do you owe your life to a series of random, unpredictable mutations?

Are you now able to read these words because your ancestors were the most adept at killing each other?

Is your life a statistical fluke, seen nowhere else but Earth due to the towering impossibility of it ever happening again?

If you believe anything other than Darwinian evolution, does that automatically make you a Fundamentalist zealot?

ALL THE RULES ARE CHANGING

Everything we think we know about DNA is changing. Four new studies have emerged to support our original hypothesis — that DNA, and life as we know it, is assembled by a universal energy field that appears to be conscious:

2.  “Junk DNA” now turns out to be just as active as the genes — completely trashing all mainstream models of how DNA works.

4.  A simple marine organism spontaneously evolves after being zapped with a special form of light.

These are only the latest additions to an impressive body of data we have been building up since 2000, when we first realized that “before there was DNA, there was the Wave that created it.”

By the time you finish this article series, you will see how all of this neatly ties together.

WHY DO I CARE?

New evidence increasingly tells us life is not  a product of random mutations.

What does that leave us with?

Some scientists are now advancing the idea of “Intelligent Design” as an alternative. The mainstream media vigorously attempts to marginalize this movement and lump it together with Creationism.

Hence, the average person is being told they either believe in science (Darwin) or superstition (Fundamentalist Creationism) — and most people are still falling for it.

Many ‘whistleblower’ reports have surfaced suggesting that the world’s political-corporate elite very much believe in the Darwinian model. Nature is a cruel, ravenous beast, supporting only those who are the most bloodthirsty.

Popular movies such as “The Matrix” [Agent Smith] and television programs such as “Battlestar Galactica” [the Cylons] and “Heroes” [the villain Sylar] continually reinforce the idea that this competitive, murder-based evolution is the only real truth of Nature. 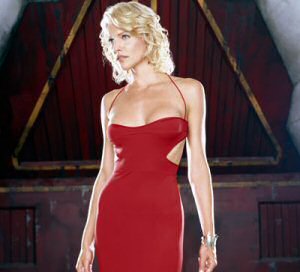 Quid pro quo, those who perpetrate these injustices upon others are simply at the forefront of human evolution. 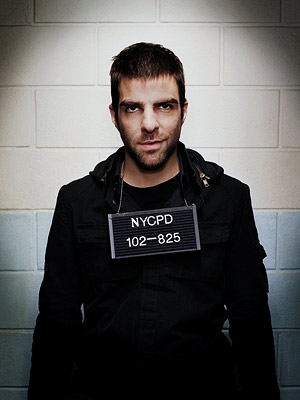 Let’s cast aside these prejudices and look at some real data for a minute.

EVOLUTION HAS HAPPENED BEFORE

If evolution is not a product of random Darwinian mutations, then what is it?

If Intelligent Design is the answer, then is it a slow, grinding, gradual, ever-continuing process?

Or, are there certain moments where all species on Earth spontaneously change, followed by millions ( ! ) of years where nothing happens?

University of Chicago paleontologists David Raup and John Sepkoski discovered just that… a 26-million-year cycle in the fossil record.

This came from the most exhaustive study of marine fossils ever assembled — from over 36,000 different genera:

Raup and Sepkoski were not looking for this result… in fact, they kept working harder and harder to try to get rid of it, but the more they looked, the clearer it became.

The vertical axis of this particular chart is misleadingly labeled, as it is not a chart of ‘extinction’ but rather of ‘speciation.’

The higher the graph goes, the more new creatures  are spontaneously appearing in the various layers of ocean crust — never before seen in history.

Most people simply write this off as asteroid / comet collisions or volcanic eruptions. However, some of the events you see in the graph occurred without any  cataclysms going on.

Living things, all over the earth, simply “decided” it was time for a change.

Or… something pushed  them!

If this were true… then DNA cannot simply be a cold, dead molecule.

It must be interacting with a Field.

Either the Field pushes the DNA to restructure itself, based on its own internal codes…

Or the Field uploads  the new codes… directly into the DNA itself!

We now have incontrovertible evidence that this is exactly  what is happening. The scientists simply haven’t realized what they’ve got yet.

A 62-MILLION-YEAR CYCLE OF EVOLUTION — TIME’S UP!

Raup and Sepkoski’s cycle only went halfway back… about 250 million years.

Rohde’s new cycle goes all the way back to the dawning of life on Earth as we know it — some 542 million years ago! 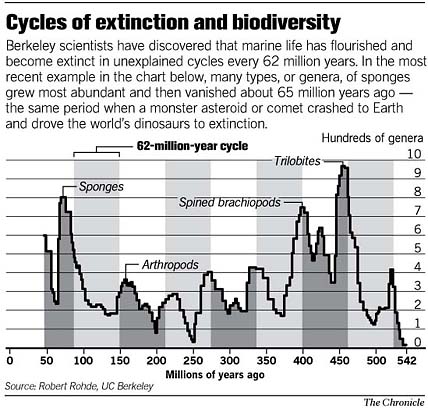 Before skeptics hurl their inevitable brickbats, let’s be advised that Dr. Rohde’s study was published in perhaps the single most prestigious, top-drawer science publication in the world… Nature:

Here we show, using Sepkoski’s compendium of the first and last stratigraphic appearances of 36,380 marine genera, a strong 62 plus-minus 3-million-year cycle, which is particularly evident in the shorter-lived genera. The five great extinctions enumerated by Raup and Sepkoski may be an aspect of this cycle.

A summary of the implications of Raup/Sepkoski and Rohde’s research also appeared in the Nature journal, including the following (emphasis added):

As yet there is no explanation, but various models involving climate, environment, geological and astrophysical factors should provide testable predictions to help solve the mystery.

Both cycles clearly are at work in our fossil record — and by some estimates, we are already 3 million years overdue for the next wave of the 62 million-year Rohde cycle.

As Raup and Sepkoski’s abstract, published with the National Academy of Sciences, indicates:

Although the causes of the periodicity are unknown, it is possible that they are related to extraterrestrial forces (solar, solar system, or galactic). (emphasis added)

Now do the math. The last major manifestation of new species was 65 million years ago. Rohde’s cycle is 62 million years, plus or minus 3 million.

We have not yet seen the next  sudden burst of evolution that Rohde’s cycle predicts.

Are we actually going through that new burst of evolution now?

If so, could there be astrophysical factors — solar system or galactic — that would be triggering this massive evolution?

Is this the first time we can directly observe  what was triggering these changes over the last 542 million years?

It may very well be.

In conjunction with Richard C. Hoagland of the Enterprise Mission, we put together a comprehensive paper called “Interplanetary Day After Tomorrow” demonstrating that the climate changes we see on the Earth are, in fact, happening on every planet in the solar system [except Mercury] as well as the Sun itself.

Here’s a brief summary of some initial data points from our exhaustive study, with over 100 mainstream / NASA scientific references:

Saturn:  Major decrease in rotational speed in only ~20 years, accompanied by surprising surge of X-rays from equator

Pluto:  300% increase in atmospheric pressure, even as Pluto drifts away from the Sun

As we have written before, Maurice Chatelain discovered a 6.2 million-year cycle written into the Sumerian clay tablets. Every planet and satellite in our Solar System experiences an even number of revolutions during this time… down to the second.

That also means that at some point, every 6.2 million years, all the planets would end up in a straight line! [This is not happening right now, of course, but at some point in the cycle it would.] 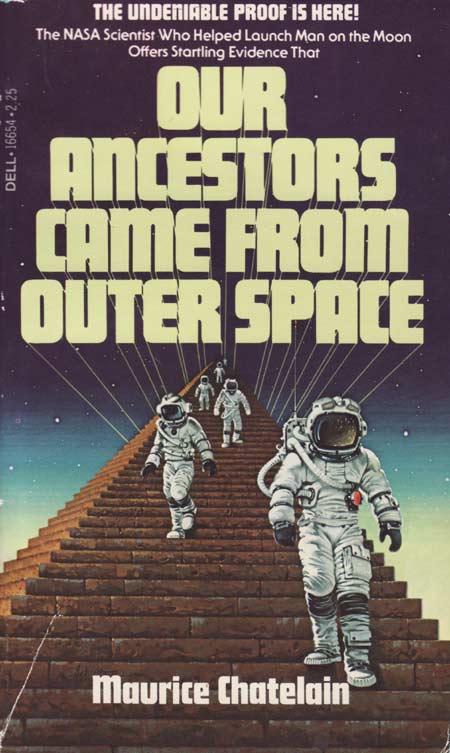 Obviously, 6.2 million years is a harmonic of Rohde’s cycle. Simply shift the decimal point and you’ve arrived at 62 million years.

Bruce Cathie’s incredible work with harmonics proves that you can add or remove zeroes to a number without losing its intrinsic ‘vibrational’ qualities.

[By ‘vibration,’ we simply mean the number of divisors — how many different ways you can cut up a number into smaller pieces. The more divisors, the more ‘vibration,’ and the more harmonic the number will be.]

WHAT DOES IT ALL MEAN?

Evidence suggests that our Solar System is at the end of a very important cycle. We can track this cycle not only in the fossil record, but in the actual orbits of planets in the Solar System. This cycle was apparently important enough that the ancient Sumerians — or those in contact with them — were well aware of it.

Energy is streaming into the planets, causing them to become brighter, hotter and more magnetic.

We are on one of those planets. That same energy is streaming into us.

If the energy were ‘dead’ and lifeless, this might not mean much.

However, there is strong evidence that the energy is very much ‘alive’ — and that it has a definite intelligence.

Therefore, it appears that every person on Earth is experiencing an energetic DNA charge-up right now, and it‘s triggering an evolution in humanity as we know it.

This could be responsible for an ever-increasing amount of paranormal reports in our society — synchronicity, ESP and psychic ability, ghost sightings, and even the steady rise in IQ scores.

It may also be responsible for the incredible rise in political, economic, religious and social tensions in the world at this time. All the ‘hidden’ material is being exposed in the light of Truth.

Any “fair and balanced” discussion of the 2012 enigma would be incomplete by only exploring Earth Changes and the idea that we may be heading into an Armageddon or apocalypse.

With the new DNA information now coming through, there may be much  more going on than most people would ever dare  to imagine.

And that means there is Hope.

READ “IS YOUR DNA A QUANTUM COMPUTER?” FOR A SNEAK PEEK AT PART TWO!

[Or, in the meantime, check out the free video seminar if you haven’t already seen it… as valuable supporting data to this model is given, beginning in the second section.]