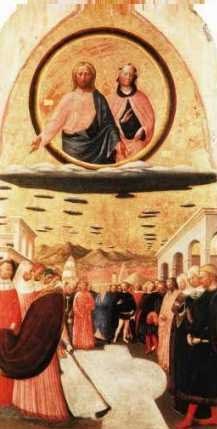 Yet ANOTHER media break, on the front page of Drudge Report, about UFOs. Like with Global Warming, is “Critical Mass” being achieved?

Even though the article says “aliens and spaceships are a bit passe these days,” this article goes on to make salient points, including the oft-cited argument that we really can’t predict how science and technology might improve beyond where we are today — therefore we can’t rule out the possibility of intelligent extraterrestrial life coming to pay us a visit.

Sadly, there has been terrific UFO data for over half a century, but this is the first time we’re actually starting to see a consistent pattern of it being taken seriously in the media. Even so, they still have to get their digs in. Notice on the original website that it is listed in the “Diversions” category.

A diversion from what? Anything that is “real news”? Sheesh.

Try NOT to get riled up when you see things like this, as the “laughter curtain” has been in place for SO long that this sarcastic approach is the ONLY way the information will ever break through to the average entrenched skeptic (who is increasingly becoming the total minority).

WINNIPEG (CP) – Aliens and spaceships are a bit passe these days, but 736 reported UFO sightings across Canada last year shows an “underlying, real phenomenon” going on, says one of the country’s top UFO researchers.

“It’s true, we don’t have as many aliens on TV as we used to – they used to be on commercials selling us everything from Pepsi to decongestants,” says Chris Rutkowski, director of the Winnipeg-based Ufology Research institute.

“And yet the phenomenon persists, which to me says there is a basic underlying, real phenomenon that extends beyond media and pop culture.”

Rutkowski’s annual Canadian UFO Survey last year recorded the third-largest number of sightings in its 17-year history – down from a record of 882 sightings in 2004.

British Columbia and Ontario had the highest number of recorded cases, but Saskatchewan posted an all-time record of 98 sightings.

The tiny community of Maidstone just east of the Alberta boundary accounted for more than half of the reports from Saskatchewan.

Barb Campbell, who now lives farther down the Yellowhead highway in Paynton, Sask., says she saw a dark triangle larger than a helicopter hovering in the sky above Maidstone last year.

“It was just above the glare of the street light, so you couldn’t quite make out the whole thing, but it had a very unusual, strobing, eerie kind of light in the middle,” she says.

“It made absolutely no sound whatsoever – it was just really mind-boggling.”

Rutkowski, who wrote a book last year on Canadian UFO sightings, is quick to point out that no incontrovertible proof exists that any of the UFO cases involve aliens.

Most of the sightings are of strange lights in the night sky, with close encounters and reports of “classic” flying saucer shapes being relatively rare.

“It would be difficult to conceive of how aliens could travel here from out there.”

Still, he says earthlings are a “relatively young civilization” surrounded by stars and planets that are older and potentially have civilizations that are much further evolved than us.

“Perhaps if we hang around another hundred, thousand or ten thousand years we might come up with a way to travel between the stars.”

Of all the reports included in the 2006 UFO Survey, the most mysterious include the sighting of a huge, black, V-shaped object moving slowly out over the Newfoundland coastline last August.

Another incident was reported by a motorist outside of North Bay, Ont., who saw a cluster of blue-glowing orbs that zipped closely past his car and then hovered in some nearby trees.

Disappointingly enough, one of the biggest problems that Rutkowski and other ufologists face in their study of unidentified flying object reports is not a shadowy group of powerful people trying to obscure the truth. It’s actually the Internet.

With no Canadian government department officially recording UFOs, there’s no central authority to keep track. And more websites are appearing all the time.

“There’s so many people interested right now and they’re setting up their own websites – there’s a confusion now. There’s no one central place to report UFOs anymore.”

Last month, the French government created a world-wide stir when its space agency published more than 100,000 documents online from its secret “X-files” relating to UFOs and sightings of other unexplained phenomena.

The space agency said it made the documents public to draw the scientific community’s attention to unexplained cases and because their secrecy generated suspicions that officials were hiding something.

-By James Stevenson in Calgary.

The statistic of there being one hundred THOUSAND documents in the French UFO directory, and that it caused a “worldwide stir,” is obviously significant. Like I wrote on Friday with the 2012 issue, we’re seeing the media openly acknowledging that there is an exponential increase in public interest on these issues: “There’s so many people interested right now and they’re setting up their own websites…”

Heavens! Next they might even start thinking for themselves! … 🙂

It is also interesting that the French government said they wanted “to draw the scientific community’s attention to unexplained cases.”

Remember, again, that if even ONE unexplained case is genuine, then the phenomenon itself is genuine.

People who steadfastly deny that ETs exist, and are regularly visiting this planet, are NOT behaving intelligently… they are steadfastly maintaining denial in the face of ever-increasingly overwhelming evidence to the contrary. Some governments are tired of keeping the secret, it would appear, and want to establish this phenomenon as a scientific FACT.

Now that I’m working on the 2012 book again, you will soon be able to read some of the most fascinating whistle-blower testimony I ever came across on this subject… which no one has ever seen before. That I am certain of. It will be such an advance over what’s out there now that EVERYONE who writes or lectures on 2012 is going to want to co-opt this data into their own products.

And with that being said, I’ll get back to it. Shameless link-dropping like this only takes about 15 minutes out of my day… 🙂