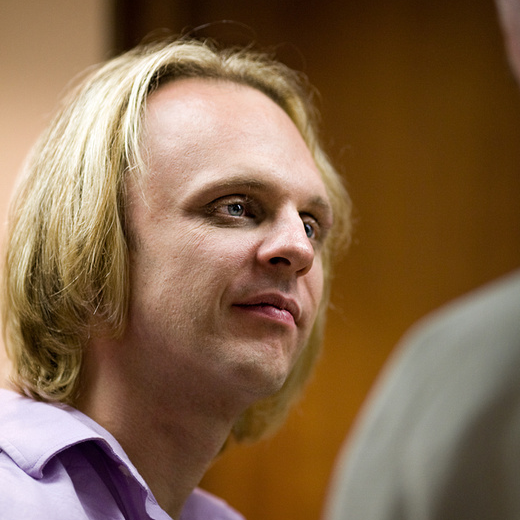 Just a brief update to let you know that David is bouncing back from the nastiest flu he’s had in over three years. We plan to release more detailed material soon!

GLAD TO BE BACK!
Many of you have asked me to write shorter updates and keep you in the loop, even if I don’t have the time or the energy to do something more substantial. So here it is!
I am obviously very interested in what will actually happen as we go through the Mayan Calendar end-date. This has been my total focus, even while I was pulling through a powerful illness.

NOT EXPECTING DOOM AND GLOOM
I am not expecting a cataclysm or disaster. December 21st, 2012 is very likely the end of a 25,920-year cycle that over 30 ancient cultures had “encoded” into their mythologies — by some source unknown to mainstream science.
These ancient cultures had no tangible, physical way to connect with each other across time and space — and yet two top historians in the 1960s, Santillana and von Dechend, made a very compelling case of the worldwide appearance of this cycle in mythology.
The technical name for this cycle is “the precession of the equinoxes.” I first learned about its prevalence in ancient cultures by reading “Fingerprints of the Gods” by Graham Hancock in 1995.
This cycle is heavily discussed in The Source Field Investigations, my videos, and many other articles on this site.
This 25,920-year cycle isn’t just a feature of mythology — it represents the apparent motion of the stars in the night sky, which drift by 1 degree every 72 years when you look at them on the same day each year — such as the Winter Solstice.
In Western astrology, the cycle is divided up into 12 parts of 2,160 years each — known as the “Ages of the Zodiac.” We are now moving into the “Age of Aquarius.”
The most exciting aspect of this cycle is that the ancient prophecies almost always tell us the end of this cycle will usher in a profoundly wonderful Golden Age on earth — unlike anything we’ve ever seen before.

THE END-DATE IS ACCURATE
It does appear that the Mayan Calendar end-date of December 21st is a technically accurate day for when this shift-point will occur. The scholarship on this being the correct end-date for the calendar is certainly compelling.
At 5,125 years, the Mayan Calendar is very nearly one-fifth of this “master cycle” in length. [Technically it comes out to 25,625 years as opposed to 25,920 — or a mere 295 years shy of the “ideal harmonic” cycle length of 25,920 years.]
As I argued in The Source Field Investigations, the prophecies around this date, and its outcome, are worldwide — and the vast majority of them indicate a positive, not a negative outcome.
A “SEEDED” KNOWLEDGE
The book I’m writing now is The Synchronicity Key. Unfortunately I have been so overwhelmed with things to do that we had to bump ahead the release date to August 2013. I am still in the process of finishing the book.
In retrospect, it makes more sense for me to wait until after December 21st to hand in this manuscript, since this “great cycle” is the main subject of the book.
There is strong evidence that extraterrestrial humans visited Earth in our distant past, and deliberately “seeded” this cycle into ancient mythologies — for our own times.
THE PASSAGE OF HISTORY
The quest to find out what this cycle “does,” if anything, and what it means for humanity, has been my strongest passion since I began reading the Law of One series in January 1996.
Perhaps the most significant element, as I have now discovered, is that history keeps repeating itself — with astonishing precision — in time intervals that are precise “harmonics” of this cycle of 25,920 years.
One example of a “harmonic” would be 1/12th of the total cycle — or 2,160 years, i.e. an “Age of the Zodiac.”
As it turns out, there is an astonishing correlation between Roman history and American history beginning at least in 1896.
You simply take Roman events and move them 2,160 years ahead — and there are many shocking correlations.

WHAT DID THEY KNOW?
Based on all the evidence, the 25,920-year cycle is the visible result of an energetic structure we are moving through as a solar system.
This energetic structure has an effect on how we think and feel — far more than we currently believe would be possible in mainstream science.
I now believe this energetic structure is geometric in nature, and is being created by a “brown dwarf” that our Sun orbits around — in 25,920-year cycles.
There is an abundance of evidence for this that will be featured in my new book, and possibly an upcoming video. Most of the clues to put this together are already in The Source Field Investigations.
Walter Cruttenden has done an excellent job laying out the evidence that we live in a binary solar system in his book “Lost Star of Myth and Time.”

PUTTING IT ALL TOGETHER
I realized this had to be the solution in the summertime, right before I headed out for a tour of Australia and New Zealand — and I have featured it in every lecture I’ve given since then.
It would appear, therefore, that the end of the cycle represents a time in which much greater peace, happiness and abundance can result.
The old “torture wheels” of war, deprivation and pain stop repeating, and we have the opportunity for a very significant change.

THE LAW OF ONE SERIES
The Law of One series mentioned the “25,000-year cycle” as well, without ever referring to the “precession of the equinoxes” or the Mayan Calendar.
They pinned the shift-point as somewhere around 30 years after January, 1981. We are still within the “window”, as I said in an earlier article.
The Law of One series indicates that we will move into an energetic structure in which the basic nature of the photon — of matter, energy and consciousness — will change into a higher, more loving form they call “fourth density.”
I am very, very glad that we have made it this far through the “2012 zone” without world wars, huge economic collapses or the many other massive disasters that have been prognosticated by so many doomsayers.
I am very much looking forward to seeing how this all unfolds.
I may write more later, but right now I have to dash out the door. I am getting a haircut for a very important shoot I can’t talk about just yet!
Hits: 138,961