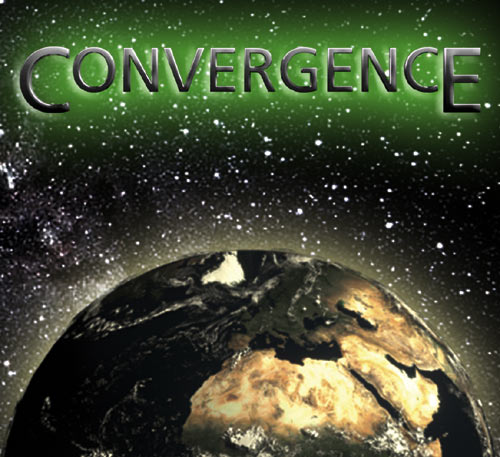 I had a brief but wonderful detour emerge today and throw off my regular plans – so some additional suspense will have to hang in the air about how the Adam and Eve story has hard-wired into our subconscious and still influences our daily lives, sometimes quite powerfully.

Last night, I got delivery of our newly-rewritten CONVERGENCE script in an email, as promised… and the Source was insistent this morning that I sit down and really read it. This consumed the allotted time that I make in my schedule to do these updates – I try not to let them go more than two and a half hours.

Anyway, suffice it to say that the new version is FANTASTIC. We turned four different professional ‘readers’ loose on the script after we got it last November, and boiled it all down to a single document of suggested changes. Then our writer got involved in moving and other pressing matters, but everything cleared up enough that now we’re good to go.

In the meantime, the personal benefits of getting all these things accomplished have been quite noteworthy. I had a spontaneous lucid dream occur this morning and it had been a while. If you’ve never experienced one, the emotions and sensations involved are just thrilling beyond belief. This was no different – I was flying, moving through walls, investigating a curious old house (that obviously was loaded with metaphors related to my life) and talking to other people. I have noticed before that when I try to “do good”, and really make strides, various ‘rewards’ appear in the dreamspace – and these are the best kinds.

We also have a meeting tomorrow with a prospective publisher for the new 2012 book, and I’m still knee-deep in the process of writing it. I worked on it very intensely this past December in particular, after getting the vision of what I wanted it to say at my talk in Joshua Tree. Then January was all consumed with the process of moving, and the first half of February involved my getting back into the music scene and composing my new piece The Journey. We have some MAJOR surprises in store, in the VERY imminent future, regarding that whole aspect of my work… so stay tuned for that.

Once I got the musical piece written, I finally turned my attention back to working on the 2012 book – and I admit that Britney’s head-shaving stunt had quite a personal impact on me, as in my own way I saw a projection of myself, and how I also had self-sabotaged and completely wanted to strip myself of visibility and publicity. It’s real easy to do that if you let your website just sit there for months on end with no changes whatsoever.

So, in a weird way, we do have Britney to thank for finally inspiring me to do this. I also strayed from it in the past because I see much of the blogging phenomenon as needlessly self-focused, when we really need to be more concerned with others in today’s world. Yet, if I am saying that, but then not showing any immediate concern for all the ‘others’ who would benefit from my writing this, then I am sort of a hypocrite, aren’t I? That was part of the thought process that I went through. 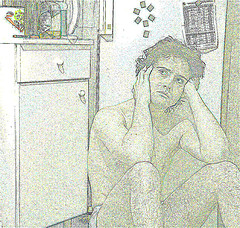 For all those who wondered what our film timetable was, in the best-case scenario we could have it done within a year after we get it sold, and now that we have a script we are happy with, we will seriously put the word out and see what offers come our way. With any luck we will be hiring a line producer, a director, and starting to investigate casting within another month or two – and then things are going to get very interesting. I can now say, with absolute confidence, that this is going to be a great film that people really will remember and get behind. The timing is really perfect, and it brings out many new concepts to the mainstream in a way they can digest. It will undoubtedly become a starting-point for many new seekers.

At one point in this morning’s lucid dream I tried to look at myself in the mirror, and what was staring back at me was the face of a known actor – but I won’t say his name. We do have a character in the film who represents me, more or less. He’s not a central character, but he does deliver some important data in the last third of the film. This morning’s vision clearly was intended to show me how this is all coming together, and get me acquainted with the idea of having a “projection” of myself out there in the world that others can relate to. It was pretty cool!

OK, there’s lots more to do today, so we’ll end this for now. Be well!

TO BE CONTINUED TOMORROW…