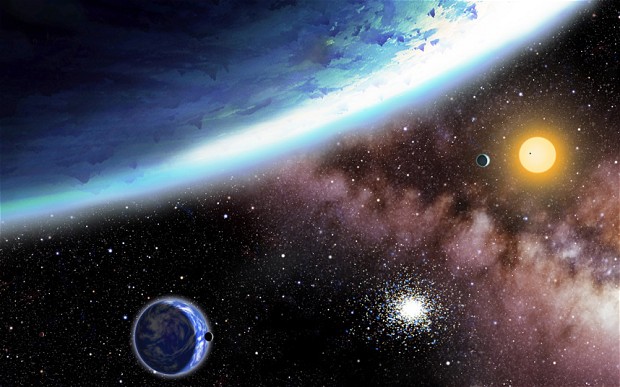 Are we heading towards an official announcement that we are not alone? Is this part of a cosmic evolutionary leap we are going through? Hear David LIVE on Coast tonight for two hours of discussion on these fascinating subjects!

UPDATED During the show, next night

“Negative greeting” is a term in the Law of One series for upsetting personal problems that have a negative spiritual force behind them.

The level of “negative greeting” that has happened just since we published DISCLOSURE SHOWDOWN is so far above coincidence as to be laughable.

This included a series of upsetting personal events that collided all at once in a “too bad to be true” type of perfect storm.

Although I rarely get sick, I came down with a powerful virus that seems to hit off all the bad things that viruses do at once.

This happened simultaneously with getting a mild but constantly irritating case of poison ivy on both of my legs below the knee.

There have been unexpected financial blows, sudden disappointments and complications — and it all “just so happened” to hit after writing DISCLOSURE SHOWDOWN.

Plus, we are still hammering away on The Ascension Mysteries book, and the window to keep working on it is rapidly narrowing — but progress is being made.

In fact, there is a “happy problem” of having so much material to cover that the book will only carry “the best of the best.”

In addition to all the above going on, our website appears to have been attacked three hours after DISCLOSURE SHOWDOWN was posted.

This article gave damning proof that ISIS is a creation of Western banks. It had such an abnormally high surge of traffic that the server completely died.

Turkey made a profoundly dumb move by shooting down a Russian jet, as we discussed. Russia is supposedly fighting the same enemy everyone else is.

Our website was hit so hard we were down for seven hours after DISCLOSURE SHOWDOWN went online.

We decided to upgrade to a system that is much more powerful, and also costs significantly more, to make this much harder to do.

We gave the go-ahead to do this “bare metal restore” or BMR as of Saturday afternoon, and were told it would only take a few hours.

Ten different techs worked on it and didn’t even bother to read what they were supposed to do because “the ticket was too long.”

As a result, obvious mistakes were made and we only were put back online last night, as of about 1:30 AM PDT.

THIS HAS CREATED OBVIOUS DELAYS

In a way, there couldn’t have been a better time for the site to be down, because I have been in a completely non-productive state with this virus.

In tonight’s show, we will discuss material you will see in the later sections of DISCLOSURE SHOWDOWN, as well as an overview of how this all ties in to Ascension.

My health seems to be improving, and if this is a two-week bug as most people claim, I am now almost through the first week.

Be sure to check it out tonight, or you can catch it after the fact as a Streamlink member!

There. For those people asking for shorter articles, you finally got one.   🙂

I might actually speak at a human speed tonight on the air given the narcotic-like effect this virus has.

Oh… I almost forgot to mention that we are having yet ANOTHER ridiculous heat wave in Southern California, with a sweltering high today of 83.

“May you live in interesting times” has never rung truer than it does right now!

Once we get Disclosure, all the madness we have gone through to get there will have been worth it.

UPDATE: YET ANOTHER NUMERICAL SYNCHRONICITY

I am on the air right now, on a commercial break, listening to the bumper music.

I had loaded this page when the show started to review your comments — but never looked at the hit counter.

This happens far beyond any likelihood of coincidence — and yet it still surprises and delights me when it happens.

This one caught me off guard, because I had loaded this page an hour ago, when I first went on the air, and did not see it at the time.

The counter is now above 9500, but I hit it at just the right moment!

The show is about to feature me again so I must end this now… but it is very exciting to see this continuing to happen.

UPDATE, NEXT NIGHT: ANOTHER HACK-TYPE PROBLEM

As it turns out, we were still not finished with website mega-failures.

Once again, “the ticket was too long” and the server company did not do what we asked.

Instead of sending backup data to a separate, large spinning hard drive, they back-filled it into the solid-state drives.

This caused the discs to completely overfill with data.

As a result, the site still functioned, but the hit counter was not functional, nor could anyone leave a comment, as both of these involve changing data on the hard drives.

I tried updating the article to describe this and it crashed. The moderators could not log in to moderate. Et cetera.

Given that Coast is a major show, we can conservatively estimate we lost at least 50,000 hits and 50 comments during the time it took to solve this.

Additionally it crashed our email server, so letters I sent to our webmaster about the problem were not seen until I figured that out a few hours ago.

Everything has now been set up properly, at last, so your comments can go through without a problem.

We are still having a problem with the thumbnail graphics not appearing on our sidebar, but this appears to be a separate issue.

On the personal level, my health also took a major hit from staying up for two hours in the middle of the night — from 12 to 2AM — to do this show.

Today has been pretty rough. Nonetheless, we will soldier on and I can now get three hours of sleep at a time instead of two.

This virus is amazingly tenacious and unlike anything I have ever had before. This is the sickest I have been in six years. It probably won’t end until next Tuesday.

Having poison ivy on both of my legs is bad enough. Having this at the same time is unprecedented. And all right after publishing DISCLOSURE SHOWDOWN.

I would not at all be surprised if this is a “designer virus” as yet another layer of the Cabal’s attempt to attack and punish us in their final death throes.

Given how careful I am with my diet, I can imagine that people who don’t follow these practices could end up a lot worse.

So make sure you wash your hands any time you touch common surfaces, keep your immune system high and take lots of sleep and fluids.

Wouldn’t you have guessed by now? As soon as I posted this, I noticed repeating digits, again, in the hit counter.

This time it was from the previous article, which was at 161638 hits (not including whatever we lost during the disc overload.)

I have been so “out of it” I forgot to mention that The Ascension Mysteries is finally available for pre-order!

The first listing to have occurred is on Amazon. We can expect Barnes and Noble and IndieBound to follow, and will update you when they appear.

Here is a nice super-hi-res version of the cover. In this case I told them exactly what I wanted and also helped tweak the finished product.

The idea was to depict an Ancient Builder Race transparent-aluminum crystal obelisk on a moon orbiting Saturn — and they nailed it: 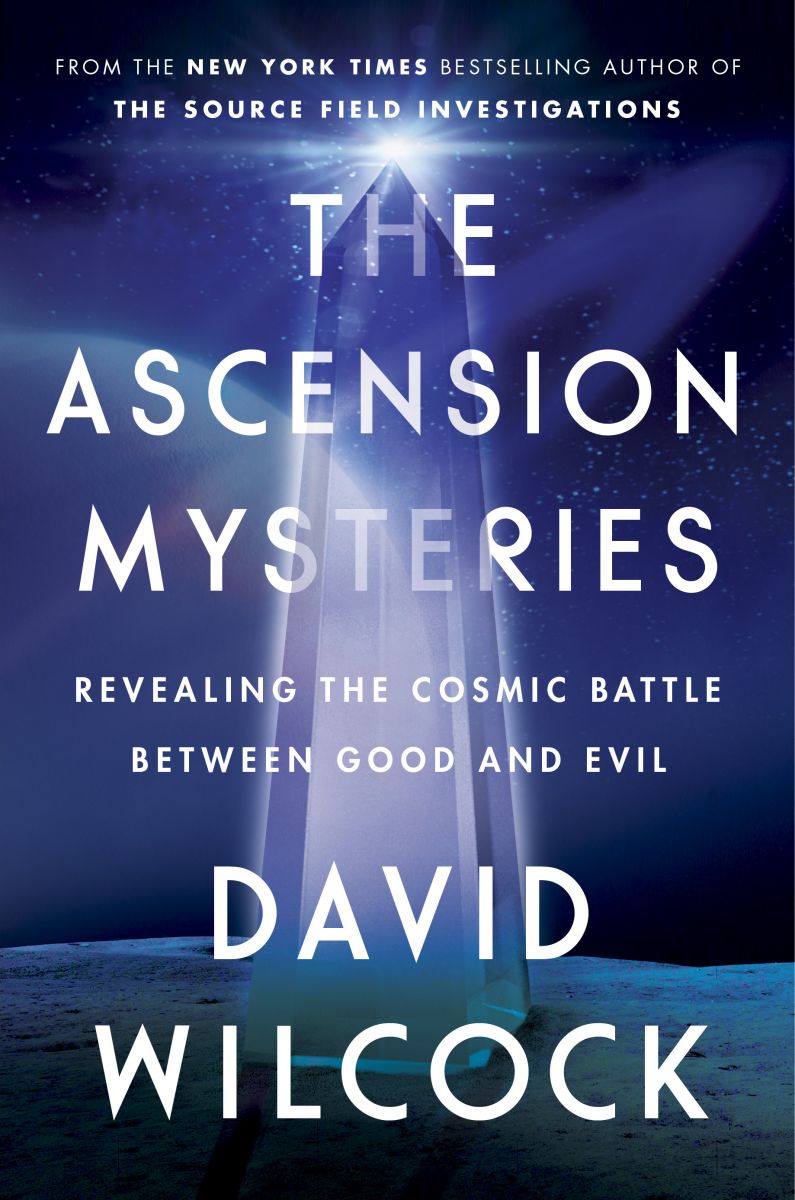 LINK TO AMAZON LISTING OF “THE ASCENSION MYSTERIES”

Your pre-ordering of the book in hardcover helps to ensure we will debut on the NY Times best-seller list, which is vitally important to help break through the media chokehold on the truth.

Thank you again for your continuing support!

One of the other “synchronicity numbers” I see frequently is 153, as in the 153 fishes in Jesus’ net described in the Bible.

This number makes sense in context of the show I did with George, which really focused in on the Christian prophecies of Ascension.

I posted this update, checked it and it had 2244 Facebook Likes and the hit counter ending in 153:

This is not as strong as a triple or quadruple set of repeating digits, obviously, but it gets an “honorable mention.”

I am off to hack up a lung and see if I can achieve some sleep in the aftermath. Thanks again for hanging in there with us!